I've been praying and meditating on God's word to Disciple Christian Motorcycle Club for 2015. For our first few years we sought breadth. Perhaps selfishly or for reasons of pride, we wanted to grow. We grew across America and elsewhere. Last year the 2014 word was Depth. We wanted to see relationships deepen across the country. We asked bros to be reaching across state lines especially to build stronger relationships with Disciple bros outside their charters. The challenger program was part of that. Rather than breadth of size,  we wanted roots, deep conversations. We've gotten there. If you are a hangaround and up I bet you speak to Disciple bros in another state almost weekly if not daily, and experience the same depth with them that you do with bros in your own charter.

2015 is the year of DEPTH CHARGE. In 2014 we grew in numbers, and your relationships grew. Now it's time for YOU to grow deep, and recharge Spiritually. It's time to take the focus off the mite in the eye of others, and drop a depth charge on the beam in your eye. Matthew 7:1“Do not judge, or you too will be judged. 2For in the same way you judge others, you will be judged, and with the measure you use, it will be measured to you. 3“Why do you look at the speck of sawdust in your brother’s eye and pay no attention to the plank in your own eye? 4How can you say to your brother, ‘Let me take the speck out of your eye,’ when all the time there is a plank in your own eye? 5 You hypocrite, first take the plank out of your own eye, and then you will see clearly to remove the speck from your brother’s eye.

It's time to deepen your relationship with God, and yourself.  Yes, you should know yourself. David writes in Psalm 139:23 Search me, God, and know my heart; test me and know my anxious thoughts. 24 See if there is any offensive way in me, and lead me in the way everlasting. In essence David is asking God to show him anything about himself that God wants to change. Any hidden sin that he is missing, something that David was OK with, but that God has an issue with. Here is an example from my life: I was OK with smoking, but during prayer God kept after me that it wasn't ok with Him, that it caused a barrier between Him and I. It was something I had to give up in my pursuit of righteousness and a closer relationship with God.

I submit to you that we all have things, secret hidden areas where we dont shine a light, where we need to change and grow. And when we do, God will reveal the next one to us.

We get saved and stop sleeping around. Then God convicted us about porn, so we stopped that.  Then He started in on foul language,  so we stopped that. Then we felt pretty Holy about ourselves, and He starts in on us about not reading the Word daily. So we do,  then He moves on to not acting all self righteous about doing all of that. Then he convicts us on how we speak to others, being patient and polite. See, God doesn't ask us to fix everything at once,  it would be too much.  He asks us to keep taking steps toward the cross,  steps toward Jesus.  One step at a time,  one day at a time.

In Arabic, this is the basic meaning of the word 'jihad' (oh Lord I just set off the Feds keyword search program,  here come the men in black). While it's come to mean so much more recently, the Arabic word jihad simply means 'effort'. Effort to search out sin in our lives and sever ties with it. It takes effort and discipline to genuinely search out our own secret sins and behead them.  And then, on to the next shortcoming and change that too, while trying to chop off the Medusa heads growing on stump of the first one. You give up smoking, and think that struggle is done.  Till you give up cussing,  and find the smoking is trying to sneak back in,  and pot smoking is trying to squeeze back through the door with it. [editorial note, yes I did metaphorically mix jihad, beheading, Greek mythology and Christianity in one epic paragraph as a rhetorical device. Stay focused here, I'm neither Muslim nor pluralist]

Depth charges are interesting. They are used to hunt sin, I mean submarines, hiding way below the surface where they can't be seen. Stuff that's hidden from others, but that Jesus sees. Stuff that prevents things from going well in other areas of your life.  You may not even see them as connected until you kill the hidden sin off, and some other area of your life is affected. You stop smoking, and then realize that it improved your marriage because your wife sees it as you having a sincere desire to change,  and wants to reward you. It's kind of the same way an enemy submarine might not be doing anything bad when it's caught in the middle of the ocean, but can go on to sink ships elsewhere.

Depth charges aren't a one and done proposition. Hunting sin, I mean submarines, generally requires dropping hundreds of depth charges over a long period of time as the sin,  I mean submarine,  snakes about under the surface trying to avoid detection. It takes no time at all to form a bad habit, but it takes waging energetic jihad with great personal and spiritual effort to break a bad habit. But Jesus is on your side. The first step is identifying, finding and admitting the beam in your eye and Jesus can take it from there. Mostly that beam has been there a while, and yet you never saw it, even though others around you have. They may never have said anything about it.  Or they may have been trying to tell you over and over again, and you just wouldn't listen.

If you have trouble finding bad habits or hidden sin,  just ask your wife. I'm sure she can give you a direction to look in lol. Or ask the bros that you have been growing depth with over the last year. Then take those things to Jesus in honest and open prayer.  Be willing to admit what you've see as a splinter or even a nothing, is in fact a beam. Start strategizing how to begin droppimg depth charges on it.

Or start with the fruits of the Spirit found in Galatians 5. Do you feel love, joy, peace, patience, kindness and long suffering? If not, take that to God in prayer. As the Germans might have said, He has ways to make you talk.  Or walk. My prayer is that God will keep me humble patient and wise. When I started praying that, He started giving me opportunities to learn life lessons along those lines. Maybe you need that too, those qualities are in short supply in his world.

1. What is the voice of God telling you to be obedient about? If you don't hear Him talking,  that's an issue in and of itself.  We must be sensitive to the guiding of the Holy Spirit.

2. Why is He saying it?  Why do you keep feeling conviction about something that you might have thought was OK before. Knowing the heart of God is critical to choosing to change.

3. What is the biblical example? Search the Scriptures, there is always someone that's gone through what you have.

4. What are you doing to change it?

Things are growing and changing in the world,  and in Disciple Christian Motorcycle Club. In 2015 we men must grow and change too. Hebrews 12:1 Therefore, since we have so great a cloud of witnesses surrounding us, let us also lay aside every encumbrance and the sin which so easily entangles us, and let us run with endurance the race that is set before us, 2 fixing our eyes on Jesus, the author and perfecter of faith, who for the joy set before Him endured the cross, despising the shame, and has sat down at the right hand of the throne of God. 3 For consider Him who has endured such hostility by sinners against Himself, so that you will not grow weary and lose heart. 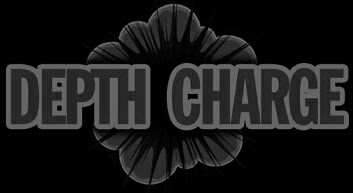