I'm taking a moment to talk about our finances, because any time we ask you to sow into something, you should know what you're sowing into! Let's first talked about DCMC as a financial organization. Disciple Christian motorcycle club is a 501 C 3 religious charitable organization. While we can pay employees who perform services, the bulk of our funds is supposed to go to charitable contributions and actions that benefit the ministry and mission, not to benefit us as members. We have a national treasurer who audits every single transaction, every bit of money that is spent, and his documentation is turned over to a third party independent auditor every year at tax time. Money disbursement is handled by our national vice president disciple retro and our national sergeant-at-arms Kenneth Keith. This way we have multiple eyes on the whole situation. I also receive reports, and any questions I ever have or immediately answered. It's important for you to know that we are carefully watching the finances of this organization both before God, and the federal government. When we spend funds, it is in line with assisting charters to gain influence, to start their charter or spread the word. This includes paying for traveling expenses when necessary, charitable donations to other organizations. Once a charter is off the ground, they have shown that they can raise funds internally, sell t shirts, donate money to a rainy day fund etc.

Over the last year we've made a financial gift of $1000 to each charter to spend how they wish. Charters have wisely invested their funds and many still have their thousand dollars. Also in this last year for The USA Run we spent around $100 per person for food and lodging so that everyone would be able to have a great weekend and invest into each other spiritually. It was a huge success!

Another large expenditure this year was thousands of dollars to buy airline tickets for the entire slate of national officers and state presidents to fly up to the Canada run and sow into the bros up there. The value of this cross-border influence can't be counted in dollars! What an incredible blessing to be able to take the influential Disciples who have shaped the USA, and bring them to teach the newer Canadian charters!

When Disciple Orale died, we were able to make a donation to the family, and pay for some national officers to attend the funeral and pay our respects. We were able to sow some cool patches and tee shirts into them. Because you sowed into these things, you play a part in all of them, so thank you! So what's with the next year?

We are now beginning to save up for international travel, which is significantly more expensive than domestic travel. Examples include Brazil where airline tickets run in the thousands of dollars per person. And there's no way I'm going there alone! I'm not going to be handcuffed to a cot wishing that I had brought the Warhammer and DJ long! That upcoming trip alone by itself will cost over 10 grand. We had interest from Australia, South Africa and the UK. Now we're talking about six or seven thousand dollar flights for one person. What I want you to understand, is that the Disciple vision is global, and that's no small vision, and it takes no small amount of money to implement.

If God has truly brought you here, he's brought you here to help implement that vision. That includes financially, time busting your butt in your own state to make things happen and get to runs, and includes with prayer, covering the spiritual attack that comes against you, your family, your officers, and your national officers.

We believe the $10 a week donation is a minimum, so many of us have given above and beyond that into this club. Some have doubled their $10 a week donation. Many charters raise money within their own charter, for instance $20 a month per guy into a charter rainy day fund to use as they vote. Some tithe into the club. No matter what you give, do it with a cheerful heart, so that God can continue to bless you for your faithfulness! I'm amazed to see what happened in the last year, I'm excited to see what will happen in the next! God bless you all!
James Disciple Johnson
Natl President and Founder
Disciple Christian MC 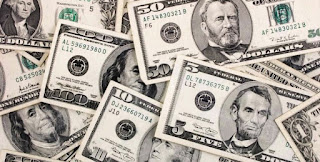