In manhood and bikerdom we think of a leader as a supreme wolfpack alpha male. The guy who is big, strong, proud, physically intimidating, ready to fight for his position and crush all opposition. This man may be the physical specimen of his profession, long beard, chains, spikes, leather, tattoos. He will be skilled at leadership because of his greed, the desire to appear to be somebody, be seen a certain way, be respected, hold a title. He may be oppressive, teaching by force or fear rather than through guidance or giving. Bearing the mental, emotional and even physical scars of battle, he is proven in physical, mental and verbal defense. He is used to being unchallenged through fear, because others choose to avoid a fight with him, rather than to stand up to his personality. In the end his reputation is widespread, he drives others away and becomes lonely and unapproachable.

But secretly he is weak. He harbors and guards knowledge for fear of loss of position. Because he never shows weakness, others view him coldly and never have empathy toward him. The walls he's built up confine him in with his demons, Depression, Low Self Esteem, Anger, and Loathing. These things he turns out at others because he has nothing else he can do with them.
As a leader, this stereotype may be effective, but in almost every case it is not ideal. Especially in a Christian environment where we are trying to build men up not intimidate them. So what are we looking for in a leader? Progression, growth, development.

Let's consider four basic levels of leadership,  starting with the assumption that all leaders must be teachers.

1: Friend Leader: Please follow me because we grew up together or are brothers. Think of a brand new supervisor promoted from the group of men he has worked with for years. He is barely above, or merely equal to his peers in skill and spirituality, experienced more through time than education. Unsure of himself, he will ask others to preform instead of tell them to. He's a bit in over his head. He's not efficient because the first time he has to order someone to do something, the first time he has to exert discipline, others question his abilities and why he's really over them anyway? What happens when he's challenged?

2: Bully Commander: I demand you follow me through threat/intimidation. This leader has an inflated view of own skills. While he is experienced in time and lessons learned, he has not taken the time to truly educate himself in leadership and must rely on effort, his title,  and just working harder than others. This translates to a lack of finesse and skill, and rather than earning respect with grace and ability, he's frustrated that others don't share his inflated view of his own skills. Defeated through inefficiency and embarrassment at lack of skill and spirituality, he seeks the limelight only to watch it glide by and rest on others. Especially hard to deal with when they are his juniors or he feels they are beneath him. While he desperately wants to be a role model, he is not motivated or willing enough to apply time in education and the deeper spiritual disciplines necessary to get there. So he just projects power and force of personality, an inflated image of his own self worth, and spiritual skill that he secretly wonders or knows is false.

3: The Motivator: This is where a leader must settle down and put in the time to become the true skilled warrior with the awesome spiritual skillset. He must be truly humble, his reputation and skill will speak volumes and be clearly seen by all. There can be no self inflation, no bragging that he's done this or that, all will know, others will praise him and not he himself. This man grows himself through self education, reads leadership books, attends seminars, becomes submitted under mentors, asks for help. But most importantly he spends so much time in the Word and prayer, fasting and giving, that he shines Jesus, and all feel the power of the Spirit on him. He is motivating to be around, you want what he has. You admire him for what he has become because you know you can become that way too. He is attainable, approachable, affable, friendly, good natured, positive, never critical. He is a patient teacher, skilled professional at the top of his game, he practices proven methodology. He teaches because he is an expert of the basics, experienced in advanced skills, he projects the confidence of natural power without need of advertisment. He is a true dark horse, one never knows what he's thinking because he's always watching, learning, teaching.

4: The Mentor: This leader is a connoisseur of the art of teaching. Others follow him because he is a proven motivator, and they see and want his awesome spiritual skillset. With careful thought and effort he builds and guides other motivators through parables, stories from the organization that demonstrate core values, and straight forward lessons. He spends time considering those he leads, their strengths and weaknesses, and prays about how he can develop them, listening to and leaning on the guidance of the Holy Spirit. He prays before he speaks to them, asking the Holy Spirit what he should say to them and seeking guidance on what word from God they need.  He is a listener, he values listening more than speaking, knowing as others speak they will often draw themselves to the right conclusion. One has the impression that he comes into conversations fore-armed, and what seems like a casual conversation, in hindsight was a carefully orchestrated teachable moment where truth, deep meaning and life lessons were conveyed. Eschewing and distaining compliments or praise, even uncomfortable with them, he enlightens through spoken word and careful mentorship to the understanding motivator. He draws on his own experience, that of peers, his subordinates past and present, and other leaders. He is not easily categorized, he is philosophical and experimental at times, and his failings are seen, as are his growth and reactions to them. He is quick to talk about his mistakes and share the lessons learned. Rather than orders and commands, he leads by love. The men around him know he loves them, and out of their love and admiration for him they instinctively follow him, and they would have it no other way. Their admiration for his awesome spiritual skillset leads them not to do what they are told like robots, but to put their heart and soul into becoming the best that they can be. Because of who he is, they dig deep to find and offer their own personal best rather than just what was asked of them.

So where are you on this continuum? Where do you want to be? The Holy Ghost can take you there. James 1:5 If any man lack wisdom let him ask of the Father. Dive deep into the Word,  prayer, fasting, worship and giving, see first His righteousness, and He will make you the man you long to be.

Credit for this article goes to Grover "Jake" Muirhead, decorated war hero and air assault infantryman, who developed this continuum of leadership through his time as a drill sergeant and coming up through the ranks during several combat tours as a real deal US Army 11Bravo. I shared a five hour ride with him coming back from a Holy Ghost weekend,  and the while time the Spirit of God was telling me to listen to this man. Many thanks sir! 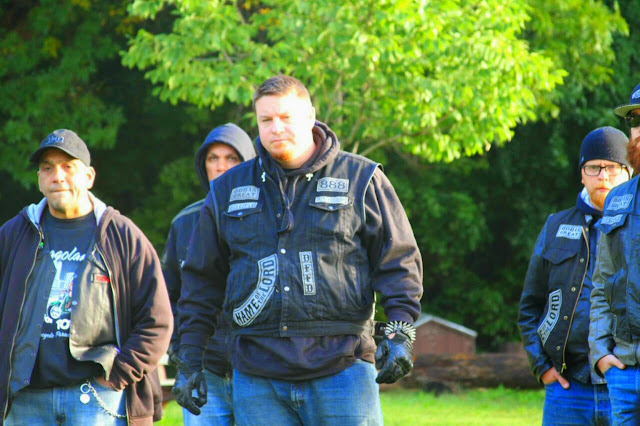